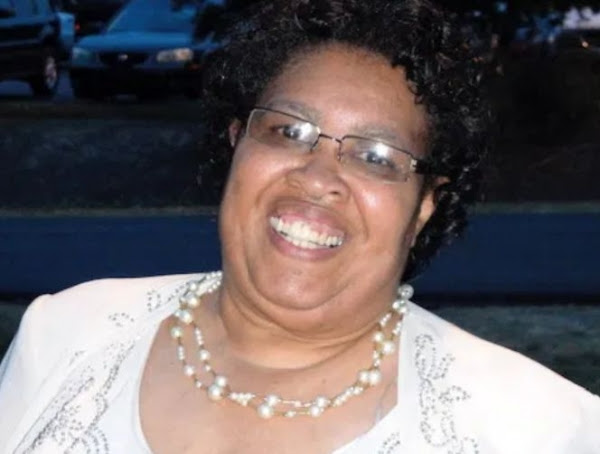 When I first learned about Ruby Loftin’s unexpected death a few weeks ago, I was heartbroken. Friends describe Ruby as bringing joy to all who knew her. I imagine her sweet spirit and welcoming smile and wish that I had known her.

“Even in her 60s,” wrote Bill Donohue, a long-time friend of the family, “she had a youthful bounce to her step and wasn’t the least offended to join in a child’s game at the YMCA…. At Costco she always had a nice word about what you were wearing and how nice it was to see you. You came into the store hoping she would be around the corner, offering the smile and candy you knew would await you.”

Ruby’s death is a tragedy not only because of how much she will be missed by her family and friends, but also because it demonstrates a massive failure by the state. The state failed to provide Ruby with the support she needed to be all that she could be, support she was eligible to receive. We are the worse for it.

This is Ruby’s story, but it is also the story of more than 15,000 others like her. It describes a crisis in North Carolina around the waiting list for the Innovations Waiver, a program in North Carolina that helps people with intellectual or developmental disabilities (I/DD) stay out of institutions. It is a call to mobilize and demand that the state takes care of its constituents.

Ruby lived a full and meaningful life in Winston-Salem. She worked at Costco, attended a book club, hung out at the Y, and was an active member of her church. Ruby did all of this despite qualifying for, but never receiving, services from the state. It was only possible for her to remain in her community because she had the extraordinary support and sacrifice of her mother, Carrie.

“I did my best,” Ms. Loftin said. “As parents we can only dream of what our children might become under more supportive circumstances.”

There are over 15,000 people on the waiting list, according to NC Department of Health and Human Services. Slots are distributed by county through Managed Care Organizations (MCOs). The state rarely awards additional slots to counties; depending on where you live, the wait for a slot is estimated to be around 12 years.

Ruby was on the wait list for the Innovations Waiver for 19 years.

Nineteen years. Children who were born the year she was placed on the registry have lived their entire childhood and teenage years and are now adults. Think about where you were in 2002. Who among us would be willing to wait that long for anything? Yet, we asked Ruby to.

For me, this issue is deeply personal because I have a daughter with I/DD who is also on the wait list for the Innovations Waiver. If we don’t address this problem head on, is Ruby’s fate my little girl’s future? Will she also be prevented from reaching her true potential – all because of legislative and bureaucratic negligence? What if I am not around 50 years from now to care for her, as Carrie did for Ruby?

These questions are like a threat that hangs over my head and those of others in my shoes.

The Innovations Waiver should be a lifeline

Before I had my daughter, I had never heard of the Innovations Waiver, and unless you have a child or family member with I/DD who’s at risk of institutionalization, you likely haven’t heard of it either. For families like mine and Ruby’s, it should be a lifeline.

The waiver provides the services and supports for a person to be a part of the world they live in. It means help with things like shopping, hygiene, home modifications, transportation, and supportive employment. It also provides access to Medicaid services like personal care and in-home nursing if needed. These services are provided in the community at a fraction of the cost of institutional care. Federal funds help to pay for these waiver services.

Additionally, the waiver affects more than just the recipient; it also affects the 15,000 families who are over-extended financially, emotionally and physically, as they work to keep their children and loved ones out of institutions. Eliminating the waitlist would mean increased job capacity of family members and waiver recipients, and a reduced over-reliance on institutional facilities. The state as a whole would benefit from taking care of the 15,000 people who are endlessly waiting.

My daughter is fortunate. She has a feeding tube, so she qualifies for support under a different waiver until she is 18. This is the position that we are put in, to be made to feel grateful that our kids require ongoing, life-sustaining medical care so that they can access necessary services.

Others we know are not so fortunate.

We must act now

Recently, a state Senate bill filed by Sens. Joyce Krawiec (R-Davie, Forsyth), Jim Burger (R-Harnett, Johnston, Lee) and Jim Perry (R-Lenoir, Wayne) proposed adding 1,000 additional slots. Though a step in the right direction, 1,000 slots are not nearly enough – they would be spread thin across the 100 counties of NC. We need lots more.

The bill also calls for the NC Department of Health and Human Services to recommend solutions to address this crisis over the next 10 years. DHHS and others estimate an additional 10,000 people in NC are eligible to register to get on the waiting list but haven’t, likely because they don’t know about it.

People should not have to wait 10 more years. While time is passing, so are people’s lives, lives unnecessarily spent in institutions, or reliant on the sacrifices of family members who live in fear it will not be enough.

For Dr. Donohue, this message is critical. As the co-founder of NC Waiver Action Team, an advocacy group aimed at supporting people on the Registry, their families, and fellow advocates, his is a call for mobilization. “Every legislator has a Ruby in their district whose story they need to hear,” he said. “This is just so shameful for a state with such bounty and goodwill.”

We are not just numbers

Ruby was a daughter, a sister and an aunt. Her family members described her as the “centerpiece of our (Loftin) family” on the tribute wall of her obituary. She was deeply loved, touched the lives of those around her with her generosity and kindness, and she will be missed by so many. It is a legacy that any of us would be lucky to call our own.

In telling her story, I am hopeful that her legacy can also serve as a catalyst to lasting change for the 15,000 people who continue to wait on the registry.

These are not just numbers, these are lives. For my 11-year-old daughter, her friends, and all those others, a waiver can mean the difference between living up to their full potential and languishing away in isolation and institutionalization.

The change we need

Ruby had to wait too long. It’s critically important that we not let her experience be in vain. State legislators should add 2,500 new waiver spots per year until the Innovations Waiver wait list is gone. That pace will enable the state to develop the services necessary to support people in their communities while also taking dramatic steps to eliminate the waiting list. The state must act now.

Jill Sirko is the Communications Coordinator for Disability Rights NC.

Watch a video of Ruby and her mother, Carrie.